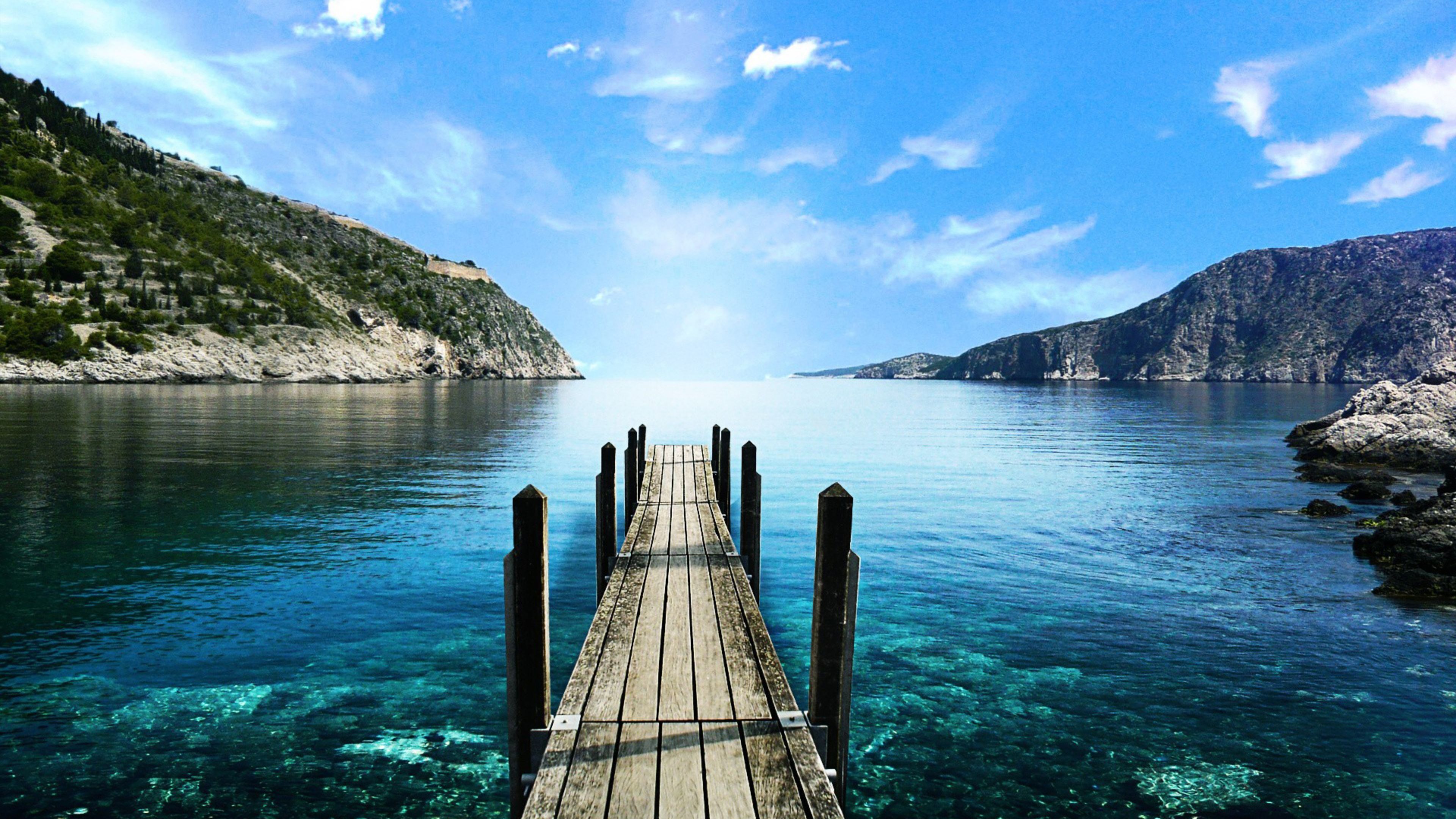 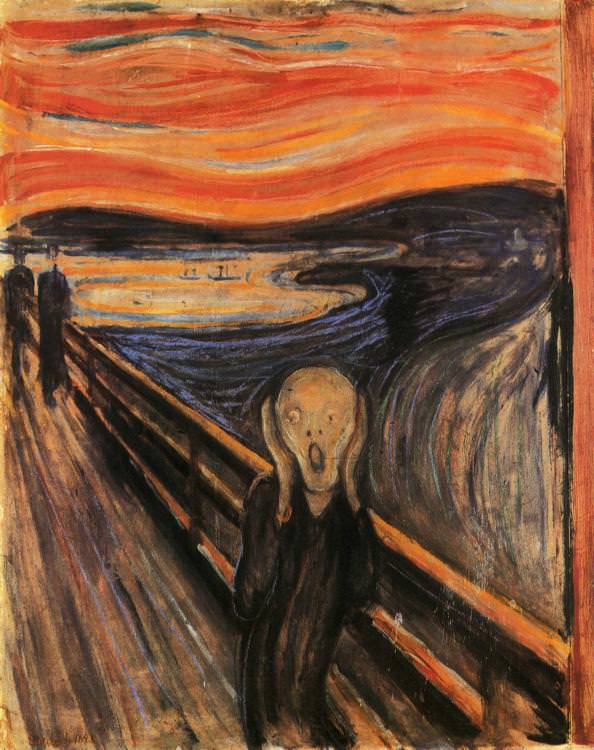 I wrote this essay back in 10th grade, before the 2016 election. This was awarded a Gold Key in the 2017 National Scholastic Art and Writing competition, the Gedenk Award, and was published in The Best Teen Writing of 2017.

In the wake of a horrible attack on Paris, in an age where it seems new threats are called in daily, the political forum is understandably abuzz with discussion of how best to win the War on Terror. It seems that every one of us exists in a cultural milieu of fear; our TVs are constantly calling out new horrors, every unknown face presents an unknown risk, and each tick of a clock reminds us of our ever impending mortality.

The fact of the matter is, the War on Terror started far before the events of 9/11. From the first of us to the last of us, we are each engaged in our own War on Terror. The emerging narrative of our byzantine machinations to defeat fear, a veritable spiderweb of justification, oppression, and voluntary blindness, has never made the call for change so fierce. From the first civilizations onward, fear, the emotional equivalent of our physical appendixes, has created and continues to create a sprawling butterfly effect of institutional quandaries: racism, sexism, heteronormativity, and elitism, just to name a few, and continues to perpetuate worldwide issues, such as global warming, world hunger, and indeed, the colloquial War on Terror. Surely some fears are helpful, but the ongoing, unending, in fact, accelerating, impacts of our progressive fear of the Other must be combated. It seems that a consilience of fields points to one conclusion: This fear is redundant and damaging.

What is fear? We cannot look to a simplistic, common sense definition. Fear is best comprehended as a subconscious avoidance of perceived threats, a state of being in which threats are dismissed in varying ways, positive, and negative. At its root, fear is anchored in an ancient biological response. Johnson, a reporter with Discover, explains, “[Fear causes us] to display defensive behavior in response to threatening stimulifear turns out to be one of the most essential techniques that natural selection stumbled across to increase the survival odds of organisms in an unpredictable environment…For people who have undergone serious trauma…memories of fear can sometimes play a dominant role in shaping personality.”[1] The sum of our everyday interactions, our personalities, are constructed within an environment of our fears, and therefore our fears underlie each tenet of our modern societies. Fear is thus an antique of a hunter-gatherer existence a nod to the primal past of our species, from times where every shadow hid wolves, where every unknown was a danger. However, humanity is no longer facing hungry wolves, or angry bears; the world around us is safer relative to our hunter-gatherer past. Our greatest resource competitors? Ourselves. Food has transformed into jobs, wealth, and success, while bears and wolves have transformed into Others. The fear that once unified humanity against perilous nature, has transformed into a wedge. As Lars Svendsen, professor of philosophy puts it: “A paradoxical trait of the culture of fear is that it emerges at a time when, by all accounts, we are living more securely than ever before in human history.”[2]

What of the Other? The Other is just that: the other. A wild card, an unknown, and thus, an implicitly perpetuated threat. Humans, listening to an age-old, species-ingrained mandate, fear what they do not know, what is unfamiliar, alien, different, and separate. Other. Hegel, in his Propaedeutic, describes it as such: “I am a being for itself which is for-itself only through another. Therefore the Other penetrates me to the heart. I cannot doubt him without doubting myself, since self-consciousness is real only in so far as it recognizes its echo in another.”[3] The Other, in Hegel’s view, is thus essential, and inherent in the Self required to maintain its Selfness. Without it, self-consciousness cannot be achieved.

Applied culturally, this concept takes on a different spin. We, through the lens of the Other, analyze our own social identities and groups, and question our assumed superiority, our need to feel successful, accepted, and defined. To ensure superiority, we are urged, nay, required, to ensure the Other, the metric and lens by which we measure ourselves, is inferior. A crusade must thusly be leveraged against the Other within civil society: a grand campaign to oppress, marginalize, and subjugate. Human Schadenfreude in its everlasting glory.

In an effort to identify and secure Self, we look at the Other, and fear it. We fear its inscrutability, its distinct nature, its differentness. This response, encoded in our very substance, manifests in an ardent drive to assert dominance. In response to such a fear of the alien, of the unknown, or such a crisis of self-identity, we seek to gain security by ignoring, demonizing, and destroying the societal Other. In this way, we classify the other, we assume it is understandable, inferior, and thus, without threat. We cognitively negate fear of the Other by percolating it through a sieve of mediocrity and oppression. Fear is and has always pushed humanity to atrocity, in hopes of achieving security.

Beauvior puts it as such: “The category of the Other is as original as consciousness itself Varuna-Mitra, Uranus-Zeus, Sun-Moon, and Day-Night…Good and Evil, lucky and unlucky auspices, right and left, God and Lucifer. Otherness is a fundamental category of human thought. Thus it is that no group ever sets itself up as the One without at once setting up the Other over against itself. If three travelers chance to occupy the same compartment, that is enough to make vaguely hostile others out of all the rest of the passengers on the train. In small-town eyes all persons not belonging to the village are strangers and suspect Jews are different for the anti-Semite, Negroes are inferior for American racists, aborigines are natives for colonists, proletarians are the lower class for the privileged.”[4] Seen from this angle, it becomes readily apparent that racism, sexism, elitism, and other forms of oppression seem to form from a common spring: A jagged primal dread of the unknown, and a need for self-validation, accompanied by a base refusal to accept the humanity of others and to promulgate an ethic of care in our worldly affairs. In psychology, the analogous phenomenon is the In-group, Out-group effect. All summated, it is Fear of the Other.

And yet, this bleak picture is also shortsighted. With every social Self, of any size, there is its social Anti-Self, an Other. The West calls it the East, the North from the South, and Blue the Red. Sunnis and Shias, Whites and Blacks, We and They, I and You. Violent cycles within cycles, nesting dolls of hate and unity, spirals neverending. Even as We unite, We divide Social Selves overlapping, contained in niches of an ever sprawling complex of divisions and unions. With such an intricate complex of loyalties acting on each individual Self, oppression, discrimination, and persecution become expected on every scale. Global divisions retard global solutions, resulting in American Exceptionalism, economic warfare, and the gradual rise of nationalism within the global arena. Yet, humanity can abolish these crises, and burn down the overhead burdens of our own creation. Reject the inherent fears humanity holds, and accept all as Selves, instead of Others.

Our society is afflicted with appendicitis. Humanity needs a mindframe shift, a determined rejection of the Otherizing fear apparatus within our societal consciousness, to move forward, as a species. Only after society counters the root problem, only after we nullify the backdrop of fear in which we operate, do we have a chance of enforcing enduring solutions to societal oppression and global issues. I leave you with this: Do we really have to fear Fear Itself?